The charming little latin bay of San Juan Del Sur, is located in the South of Nicaragua, near the border with Costa Rica, on the Pacific side of Central America. Known for all the surf spots that line the neighboring coast, the cafés and fruit markets lining the streets, and bars lighting up the night, this little town is a sweet spot to call home. 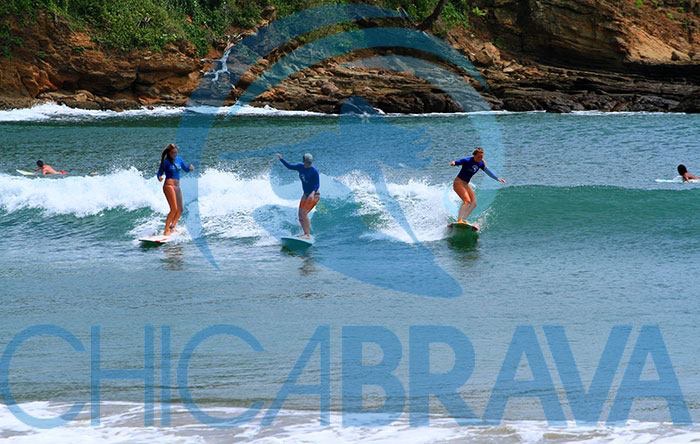 I ended up in San Juan after having lived in Estelí, in the north of country, which is about a 5 hour drive, or 7-9 hours by chicken bus. On a weekend surf expedition south I ran across a couple of girls that were working for Chica Brava, and after speaking to them for 5 minutes I knew I wanted to be a BRAVA too. Within 3 months I was moving my things into a little apartment that sat on the second story above our Nica landlord, on a side-street ten minutes walk from Chica Brava headquarters. It’s most endearing feature was a wrought iron spiral staircase that I never did figure out how to gracefully carry surf boards up/down. My roommate and I called that apartment ‘the ladyship’ – for all her nautical qualities. We were both working for Chica Brava at the time, and nearly four years later she’s still one of my best friends. 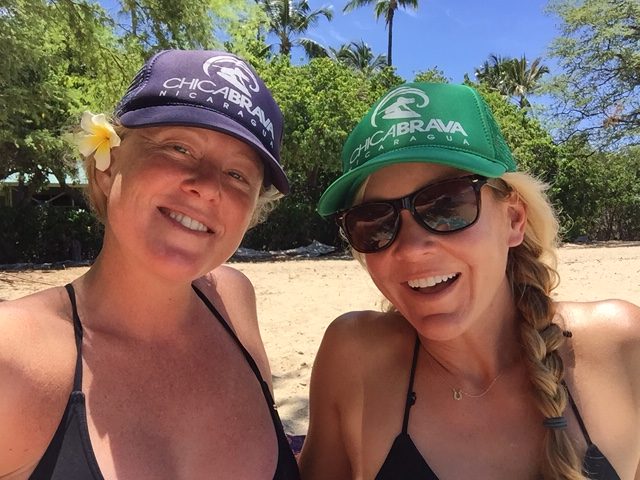 As an instructor and host in any camp, your days will be long. But with Chica Brava, I’d describe the days as saturated. Saturated with salt, laughter, stories, lessons, bonds, and memories. You share these days with your co-workers, and after absorbing these experiences together, you become family. The days I spent at Chica Brava have turned into life long friendships that I can’t imagine living without. 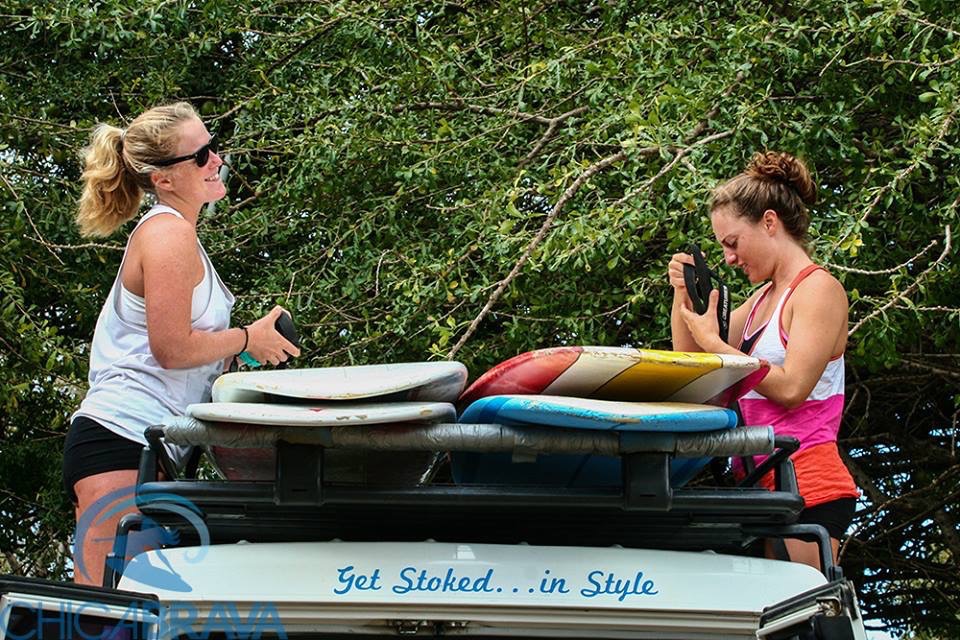 Every Saturday a new group of awesome ladies shows up to spend the week with you and the crew. Once they make it to San Juan you do a bit of orientation, get to know one another, and go out for a meal after which they usually crash, beat from the travel. But come Sunday, it’s on! We surf around the tides (which are up to 8 ft. swings in Nicaragua), so each day’s schedule is designed to hit the beach at the best 4-6 hour window according to the conditions (did I mention yet that it’s offshore all day?!). Around the beach trips we squeeze in yoga, meals, surf theory lessons, and other activities like Catamaran trips or zip line tours.

Personally, my favorite days were those when the tide was prime morning and evening, to catch the sunrise and sunset sessions, with some mid morning yoga and a heaping lunch from Gato Negro, or one of the other delicious café’s around town.  I’d sleep so good those days – the kind of sleep where you melt into bed because you played so hard and got epic levels of Vitamin D, and your whole psyche is filled up with stoke. On those days we’d usually eat dinner with the campers, then head back to our apartment and make a big bowl of fresh fruit or some other snack for second dinner before falling into bed, already excited for what the next day had to bring. That’s’ the thing – I slept deep, but never had trouble waking up because everyday had so much fun to offer that I was always excited to get up the next morning. Of course it’s fortunate that Nicaragua has some incredible coffee to go with those offshore winds. 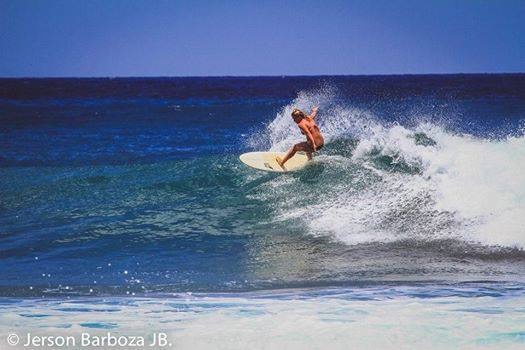 Then there were Fridays. I can’t write an accurate synopsis of what it’s like to be a surf instructor at Chica Brava without mentioning Friday’s. Being the last day of the camp, Friday is our designated night to go out, since there’s no surf Saturday and the general consensus is that you can sleep on the plane. After dinner on Fridays, we hit the town, because there’s just nothing quite like rolling into a bar ten or more chicas deep, dancing it out with these ladies who you’ve spent a week getting to know and love, while thinking to yourself….’well, this week was another one for the books!’

It’s hard to describe a day in the life, because every day was so unique, and every week was an entire chapter unto itself. But needless to say, the days make for incredible memories, lifelong friendships, and an eternal crush on Nicaragua. Somehow, the salt of that little Bay just has a way of getting under your skin.