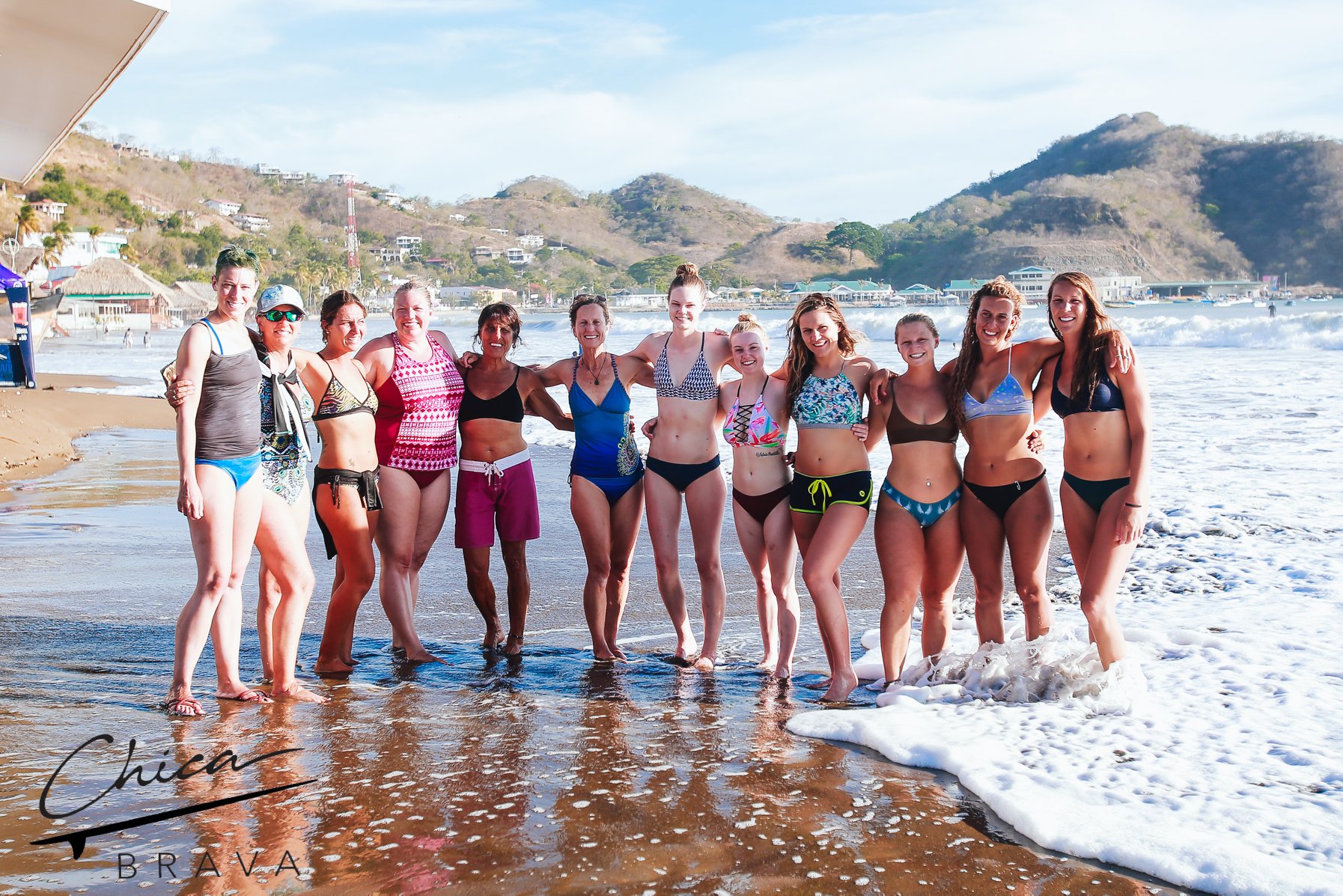 Chica Brava hosted a group of eight women at Cloud Farm from May 12th-May 19th. Marianne returned for her second retreat with Chica Brava and brought her sister Brittany, who came along with her for first retreat. On Sunday, the focus was on owning the pop-up at Hermosa Beach. Laura noted that she had a negative experience years prior with her first surf lesson with a different surf school. In her first day with us she was standing up within the first 15 minutes! It was exciting to share the stoke with Laura. 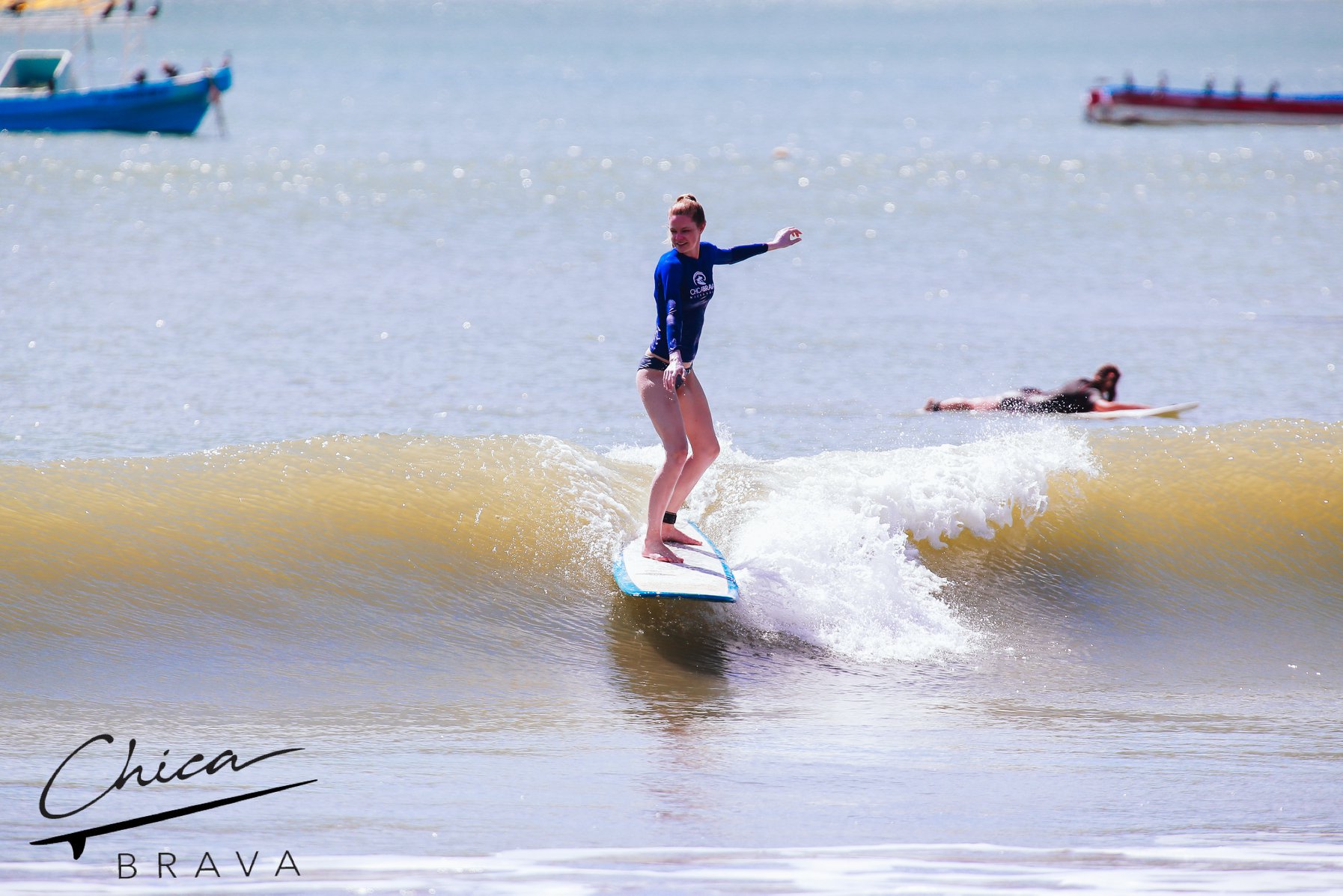 Remanso was Monday with practical goal of learning to paddle. The women showed courage paddling to the outside. Wendy noted that she felt empowered from the experience. On Tuesday the practical goal of paddling was reinforced in the bay of San Juan del Sur. Wednesday was back at Remanso, with the practical goal of angling and learning about wave science and types of breaks. Chicas and the instructors enjoyed a post-surf pool party back at the Cloud Farm. 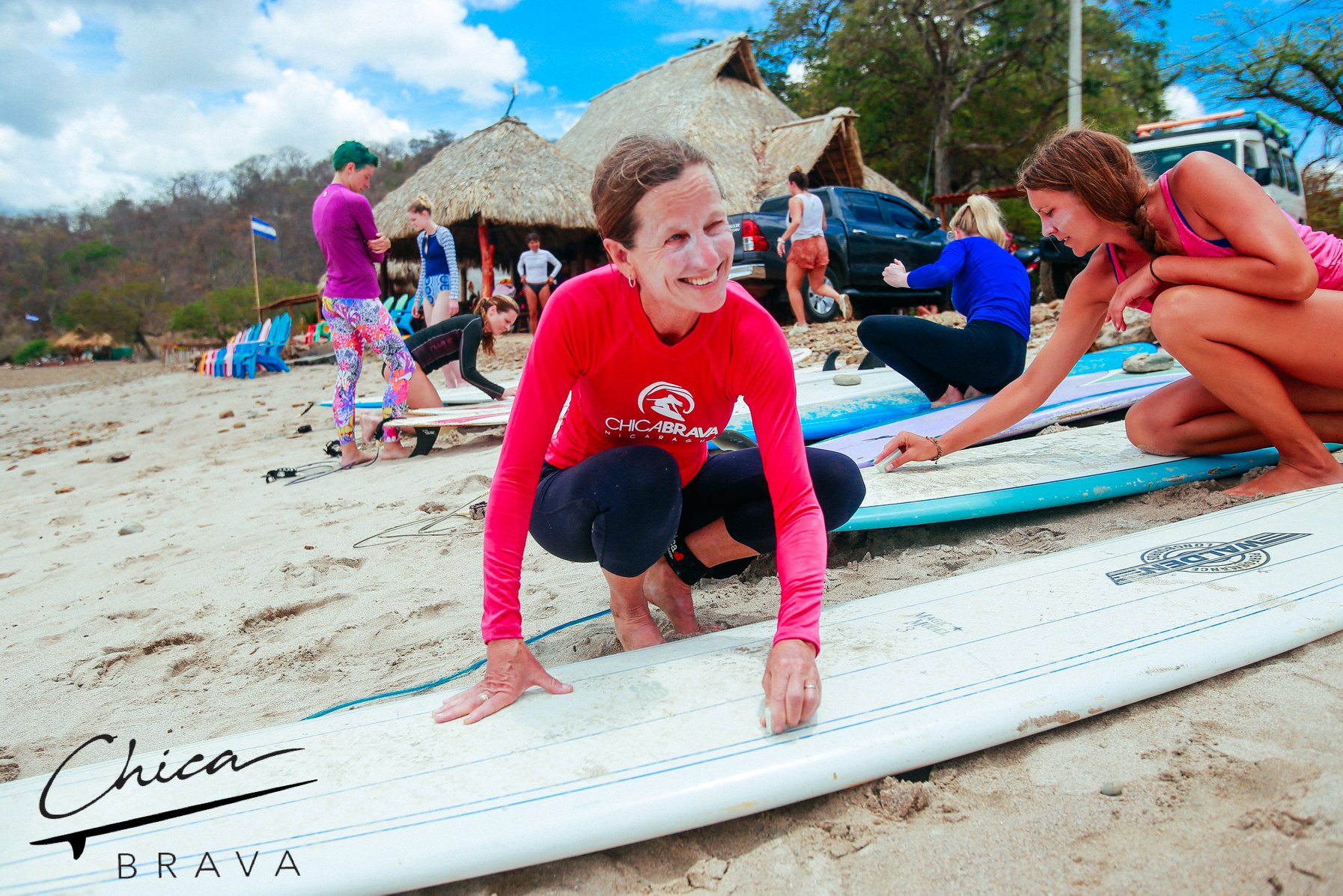 Wednesday all the girls took a hike around Finca las Nubes before surfing in the bay. Thursday and Friday were also spent surfing in the bay, continuing to work on catching outside waves. Marianne began to work toward angling the board, and Brittany was consistently catching waves independently. On Friday everyone had a goodbye dinner at El Timon.